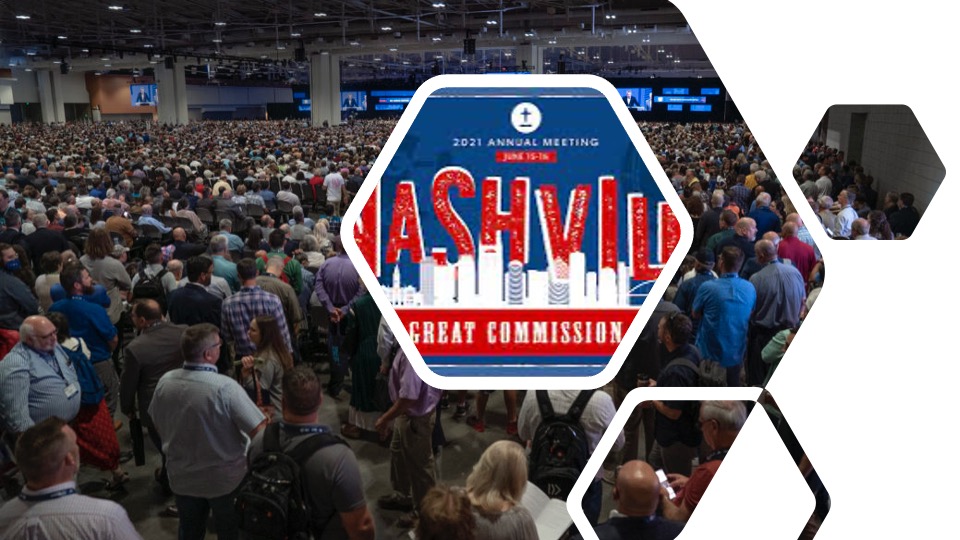 While this article will be shared on social media, it is primarily intended for the members and potential members of the church I serve, Huffman Baptist Church, in northeast Birmingham, Alabama. In many ways Huffman reflects the current SBC. We are an intentionally multi-ethnic church with members who have come from many different places, many of them outside of the Bible Belt: Brooklyn, Queens, Pennsylvania, Michigan, Nebraska, and Mexico to name a few. Our members have varying political views that don’t necessarily fall upon ethnic lines. We are an eclectic bunch who find our unity in the gospel of Jesus Christ.

Many of our members have come from religious backgrounds outside of the Southern Baptist life, and so you may not fully understand what you have embraced by joining Huffman Baptist Church. The Southern Baptist Convention is made up of nearly 50,000 cooperating churches across North America who partner together primarily for missions and theological education through the International and North American Mission Boards and our six seminaries. But we also provide Christian publications and other resources for Christian living through Lifeway Christian Resources (including the Sunday School curriculum and devotional magazines we use at Huffman). We provide insurance and retirement plans for our ministers and denominational employees through Guidestone Financial Resources. And our Ethics and Religious Liberty Commission is our voice in the public square.

We support these convention entities through our unified giving plan known as the Cooperative Program. Approximately 7 cents of every dollar you give to the budget at Huffman Baptist Church supports our cooperative work through the SBC entities as well as our cooperative work through The Alabama Baptist State Board of Missions. Each entity is governed by an autonomous board of trustees elected by messengers at the annual meeting of the Southern Baptist Convention. Messengers are elected by their local churches.

In Southern Baptist life we unify around two things. The mission to live out the Great Commandment and fulfill the Great Commission. And our doctrinal statement known as the Baptist Faith and Message. There is some room for doctrinal disagreement within the BF&M, but not much. Our theological positions are among the most Biblically conservative of any Evangelical denomination or network of churches. And every employee of our SBC entities, as well as every trustee elected to govern each entity, is vetted to assure their commitment to the mission as well as their adherence to the Baptist Faith and Message.

Many of you have asked me about articles you have read, videos you have watched, and social media posts you have read regarding controversy at this year’s Convention. Remember, we are a diverse convention of churches made up of members from literally every walk of life. And because we believe in soul freedom and religious liberty, everyone has a voice. Even our crazy cousins. And, yes, I fully recognize that the definition of a crazy cousin is relative to my own stance on a given position, which means that some people may consider me to be a crazy cousin.

But I remind you of that truth because sometimes people will attempt to define the position of our entire Convention by the statements and social media posts of individuals or even groups of individuals. But each year, the Convention assembles and through a deliberative process determines the collective voice of the majority of the messengers. It is the best way that we have to speak with one voice in an effort to eagerly pursue the unity of the Spirit in the bond of peace.

The election of an SBC president is usually the most visible thing we do, and since the mid-1990s it has usually been a pretty straightforward decision. More often than not, there has only been one candidate. This year was different. Four men allowed themselves to be nominated. Notice the wording I used. They “allowed themselves to be nominated.” That is because historically, at least in theory, men have not sought out the position. They have not “run for president.”

Since no candidate won a majority of the votes on the first ballot, we had a runoff between Dr. Ed Litton, pastor of Redemption Church in Mobile, Alabama and Pastor Mike Stone from Emmanuel Baptist Church in Blackshear, Georgia. Let me state this clearly. Both of these men are Biblically and theologically conservative. I do not know Pastor Stone, but I am confident in his theological fidelity. I do, however, know Ed Litton. I have shared my pulpit with him. I have traveled with him on a North American Mission Board trip to Las Vegas to work with church planters. Ed is certainly no liberal. He’s not even a moderate! Ed is thoroughly conservative.

I cast my vote for Ed Litton because I believe in his vision for the Southern Baptist Convention. It is a vision for a convention that looks a lot like Huffman Baptist Church. 52% of my fellow messengers agreed with me and elected Ed to serve us as our president. I am grieved over the response of some within the 48% who do not share that vision. Some of them are acting more like secular politicians than spiritual leaders. They are stirring the proverbial pot, even to the point of sharing misleading information, in an effort to keep their political base fired up. Their tactics have a strong resemblance to the recent presidential election. I plead with you not to be swayed by their rhetoric.

Standing for the Gospel

Nearly 16,000 messengers gathered in Nashville June 14-15, the most since 1995. I have to admit. At one point Tuesday, I looked around the room and thought, “I hope my shots work!” Messengers submitted 32 motions from the floor. Most were ruled out of order. Some were referred to the trustees of the various SBC entities. But a few were voted on by the convention along with the usual recommendations and resolutions, which are non-binding position statements on matters of theological, ethical, and/or social importance.

Let me state this without any hint of equivocation. In spite of what you may have read or heard, the Southern Baptist Convention is not taking a liberal shift. We are not even in a liberal drift. From the sermons we heard this past week in Nashville to the actions that we took, the motions and resolutions that we passed, we affirmed our commitment as a Biblically and theologically conservative convention of churches committed to loving our neighbors. And committed to the gospel of Jesus Christ above all else! I question the motive of any individual or group that suggests otherwise.

Messengers adopted a 2025 Vision that calls for planting more churches, sending more missionaries, baptizing and discipling more children and teenagers, giving more through the cooperative program, and prayerfully endeavoring to eliminate all incidents of sexual abuse and racism among our churches.

Standing against racism and sexual abuse was a major theme of this year’s convention. In fact, a change to the SBC by-laws now makes racism and the mishandling of sexual abuse cases grounds for disfellowshipping a church. Messengers also recommended that Southern Baptists permanently bar sex offenders from serving as pastors. And we affirmed the sufficiency of Scripture in dealing with racism while rejecting any theory that credits racism to anything other than sin.

Once again, the convention stated clearly its support for the biblical view of family, issuing a strong statement on the biblical definition of gender and rejecting the Equality Act. And the convention added to a long list of resolutions stating our position that abortion is sin. This year’s convention adopted a resolution in support of the Hyde Amendment, which prohibits the use of federal tax dollars to fund abortions, and adopted another resolution that calls for abolishing abortion altogether. The SBC continues to be very much pro-life and pro-family.

If you still have questions or would like clarification, please take a moment to complete this form:

At each quarterly family meeting, Pastor Rob will take a few minutes to answer questions submitted through this form.