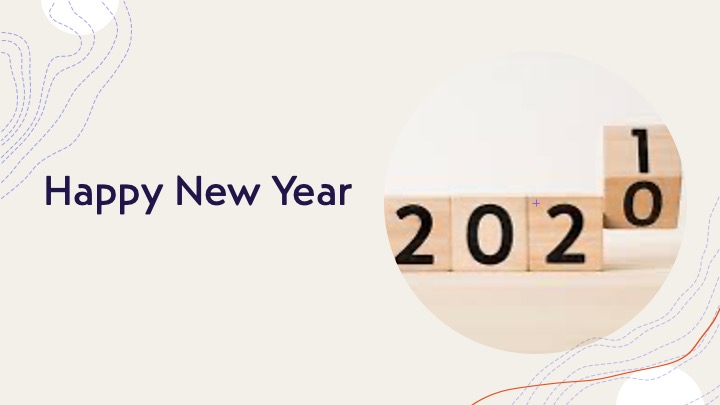 Happy New Year! No. Really. HAPPY NEW YEAR! We say those words every year as the clock strikes Midnight on December 31st. But perhaps like no other year, this time it just means more. We look forward to 2021 with anticipation, expectation, and hope.

During the month of January, I will begin a new sermon series on the 24th from the book of Joshua. Joshua records the end of Israel’s wilderness wandering as they crossed over the Jordan and took possession of the land of God’s promise. On the 10th, I will be delivering my annual “State of the Church” message, and on the 17th we welcome Micah Fries (pronounced Freeze) as our guest preacher. You may recall that Micah was scheduled to be with us back in December for our Global Impact Weekend, but had to reschedule when his wife contracted Covid. I am excited about what God has in store for us in January.

January also brings us a change in our ministerial staff. Prior to the outbreak of the Coronavirus Pandemic, Jerry Sager told me that he wanted to transition out of the interim worship pastor role. As you may know, Jerry’s real estate business has grown tremendously over the past several months. We appreciate Jerry’s partnership in ministry, and wish him well.

We announced a couple of Sunday’s ago that the Personnel Team has hired Rev. Richard Metts to serve as our interim worship pastor. Richard has already led worship for a couple of Sundays but will begin the new role on January 3rd. I wanted to give you an opportunity to get to know Richard and Suzy, so I recently asked him some questions about life, family and ministry:

TELL US ABOUT YOUR FAMILY

Suzy and I were married in 1982.  While living and serving at a church in Sylacauga, Alabama, we had our first child in 1986, a daughter, Rebekah.  A few years later, Suzy and I had moved two times, ending up in beautiful Northwest Arkansas.  It was there in 1989 that our son, Joshua (Josh), was born.  Rebekah, known as “Bekah” to most, has always impressed us with her creative talents and passion for serving the Lord Jesus.  She is married to Drew Braden and they have two children, our glorious grandchildren, Maggie (born in 2012) and Joanna, or “JoJo” (born in 2016).  Our son, Josh, is also incredibly talented as an artist and designer.  He and his wife, Lizi, live in Nashville, Tennessee.  I’m extremely proud of both of my children, who love the Lord and serve Him through their local churches.

WHERE WERE YOU BORN?

I was born right here in Birmingham, at Princeton Medical Center.  My family lived in Adamsville, Alabama, where I loved to ride my bike, explore creek banks, slide down pine-straw covered hills on cardboard, and go to the neighborhood swimming pool during the summer.

HOW DID YOU MEET SUZY?

Suzy and I met at the University of Montevallo, where we both studied Music Education.  Ours was a whirlwind romance where we dated for six months, were engaged for six months, and were then married the day before Suzy graduated from Montevallo.  I still had two years of college education left.  Suzy went into the workforce full time while I continued my education and worked part-time in churches.  My GPA went up following marriage.  Suzy told me, “If I’m going to work while you continue school, you better make A’s” and I did.

WHAT DO YOU LIKE TO DO AWAY FROM MINISTRY?

I enjoy playing golf, hiking, and photographing God’s creation.  Suzy and I both love to eat out and visit with friends.  Suzy would be perfectly content with sitting in a chair on the beach, with a good book, all day.  I could do that for about 30 minutes, but then I would either be in the water, exploring, or ready to move on to the next activity.

WHAT IS THE GREATEST SPIRITUAL TRUTH YOU HAVE DISCOVERED?

Jesus’ parable of the vine and the branches has greatly influenced my thinking.  I’ve always struggled with the desire to “fix” things.  God has to remind me often that my greatest calling is to simply be “in Him.”  The source of our spiritual strength is not in trying harder, but in learning to live in God’s presence; to be “in the vine.”

TELL US SOMETHING ABOUT YOURSELF THAT MOST PEOPLE WOULDN’T KNOW

I am the baby of my family, by 10 years.  I have two brothers, one 10 years older and one 12 years older, and a sister who is 14 years older.  Also, before my hair turned gray, it was very curly and wavy.  It started curling in Junior High, much to my dismay and frustration, and after every attempt at making it lay flat, I finally gave up and wore it in a “fro” in high school.